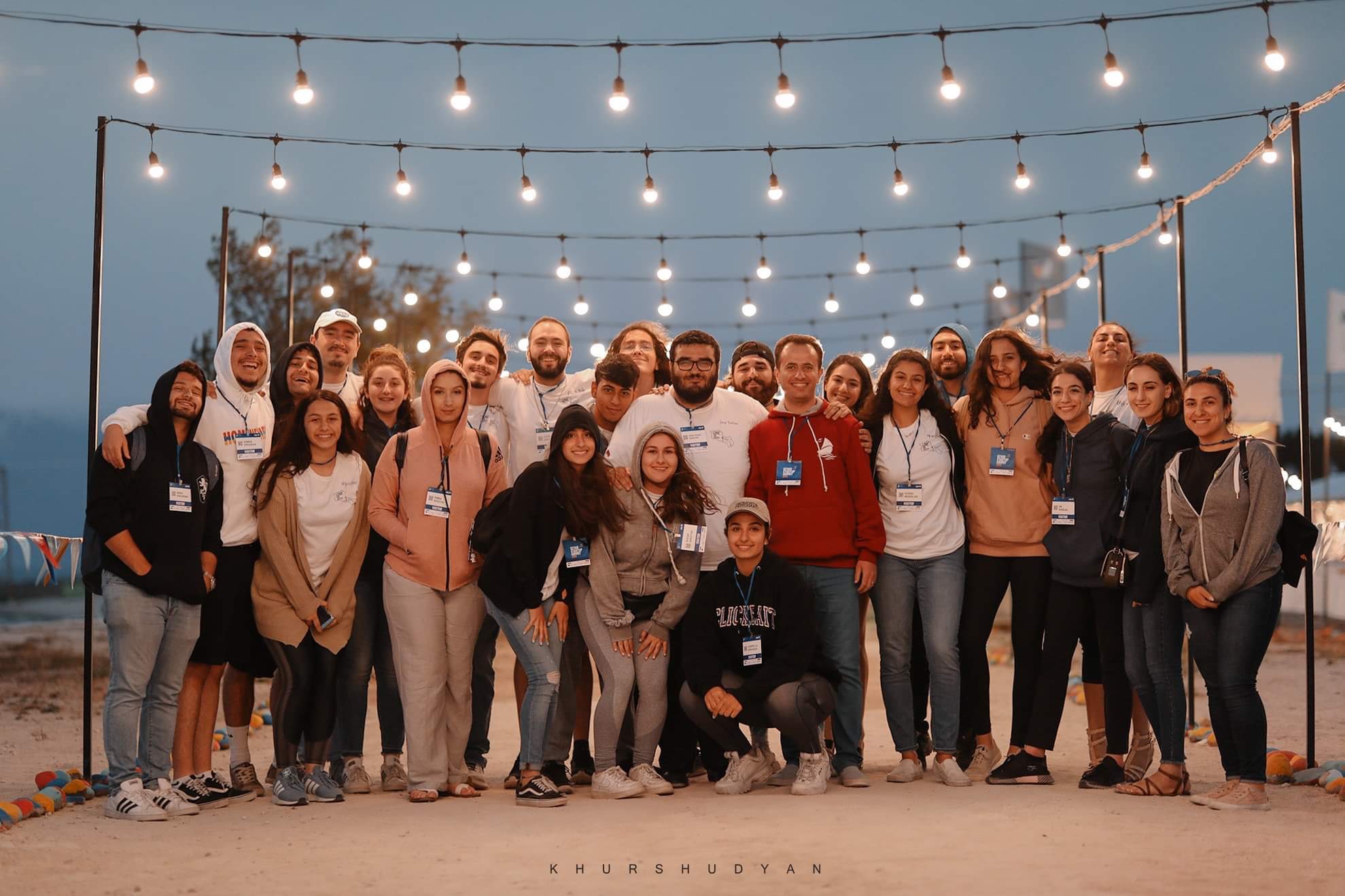 The Youth Group has a long-standing history at Holy Trinity Armenian Apostolic Church as an organization that is committed to facilitating fellowship among the junior high and high school students affiliated with our church. Through a combination of regular meetings, recreational activities, Christian education, and community service, our Youth Group has remained a prominent association of Holy Trinity for more than a century

In 1908, the first remnant of a coordinated youth organization burgeoned at Holy Trinity. Attendees of the Armenian Language School and members of the Young Ladies Legion and the Holy Trinity Boy Scouts, came together to unofficially establish an organization named Holy Trinity Christian Youth. This organization functioned under this name for two decades.

Holy Trinity Christian Youth was reestablished in 1928 as the Young Legion. Although the organization operated under the same fundamental premise as it did before 1928, many of its members believed that with the growing numbers within the group as well as its unconfirmed status at Holy Trinity, the Young Legion seemed like a more appropriate name for this organization.

In the 1930s, many Armenian-Americans began to combat social discrimination in the Fresno area through various organizations (e.g. the Armenian-American Citizens’ League, est. 1931). The youth within this area also began to hold their own social and political interests. With the establishment of the Armenian Youth Federation, Fresno Chapter, in 1934, many of the Young Legion members began to jointly participate in both organizations because of a perceived need for solidarity among young Armenians.

For more information, you can contact the Youth Group by emailing
holytyouthgroup@gmail.com.